SABOTAGE HAS BEEN RELEASED! 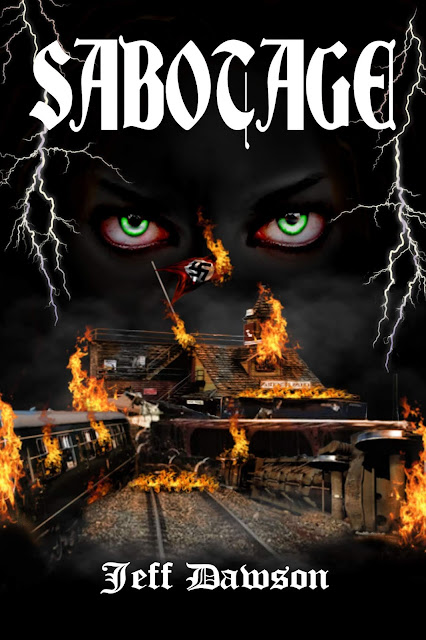 GET YOUR COPY TODAY! SABOTAGE


June 22nd, 1941. Hitler launches Operation Barbarossa. He defiantly states that when the door is kicked in, Stalin’s corrupt government will collapse. German forces stream across the open plains, devouring everything in their path. There is nothing to stop them, or is there?


The clans have melded together and for the moment are working as one. They buried Stephan and are looking for quarters where Nicole and Dmitri can birth their child. No one knows that another child will born that will rip the clans apart, except one.


In Southern Russia, Nikoli’s brother, Konstantin watches the developments with great curiosity. He knows a battle is coming, he just doesn’t know where or when they will start fighting the new invaders.


And deep in Wewelsburg Castle, Doctor Mannheim is trying to unveil the mystery of vampiric blood.


The action and intrigue move at a frenzied pace as the soil of Russia is being drenched with German and Russian blood.


Prepare, if you dare, for the second installment of the Occupation series.

***First thoughts from a reader:


"You won't be able to sleep at all if you read what I'm reading. Sabotage, the sequel to Occupation, by the always intense Jeff Dawson. Okay, Jeff is pretty laid back, but his BOOKS!!! HOLY CRAP!"  Kelly Erickson

Rise of the Fourth Reich!

All three books have been combined into one! And the great news is, you will save almost $2.00 when you buy the complete set! Rise of the Fourth Reich 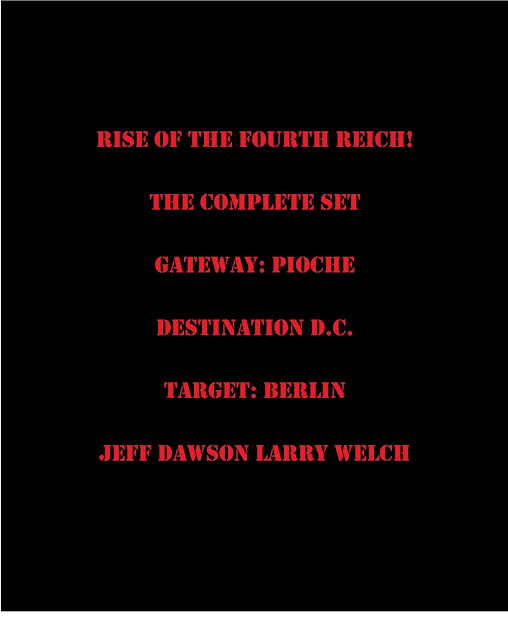 At the end of World Wat Two, the most sought out commodity by the Allies were the German scientists and leaders who were responsible for the development of the V 1, V2 rockets,  fiction. The Germans dispelled the myths as they turned fiction into reality. The U.S. scored Wernher von Braun and Otto Skorzenzy. At the time, it seemed like a major coup. Too bad the leaders of the day couldn’t see into the future.


Otto’s son, Leonoid, would become one the top scientists in the country. He studied and trained at the most prestigious universities in the United States. His outstanding marks and grasp of physics landed him at NASA in the sixties. He would move on into the field of alternative powers, working with Dr. Loerke on the Super Conducting Super Collider in Waxahachie,TX. When that project was closed down, he moved on to new technologies concerning time travel and perpetual motion energy.
No one paid particular attention to his meteoric rise in the scientific community, except for a select in Washington D.C. Leonoid was the conduit they needed to fulfill the mission their ancestors had failed to accomplish in the 40’s—world domination.

In California, Muki, Judith, Abdul and Larry. was finishing up six years of studying and cramming to obtain their selected double majors. To celebrate they decided to take a trip across America before entering the work force. First stop, Las Vegas and the twenty-on table. The plan was to win enough cash to finance their vacation. They are elated after cashing out for $100,000. Unknown to them, the casino manager, Nathan Francisco has other ideas; what is won in Vegas stays in Vegas and there are no exceptions.

A frantic car chase through the sleepy town of Pioche places our grads on the grounds of what appears to be an abandoned government facility. Who and what they find inside could lead to the downfall of the United States government.

Join our foursome as they race across the United States attempting to stop the most nefarious plan to date in Washington D.C.—The Rise of the Fourth Reich! 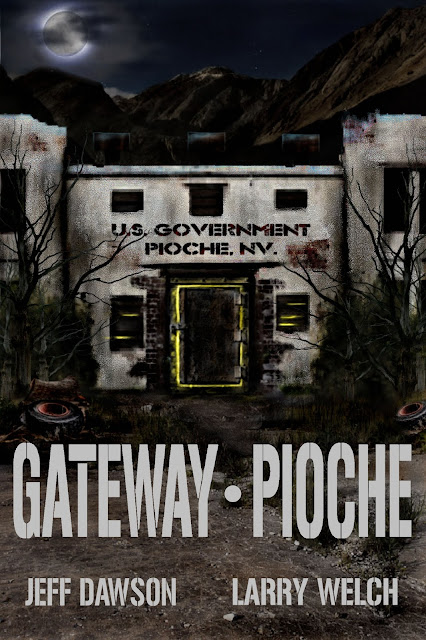 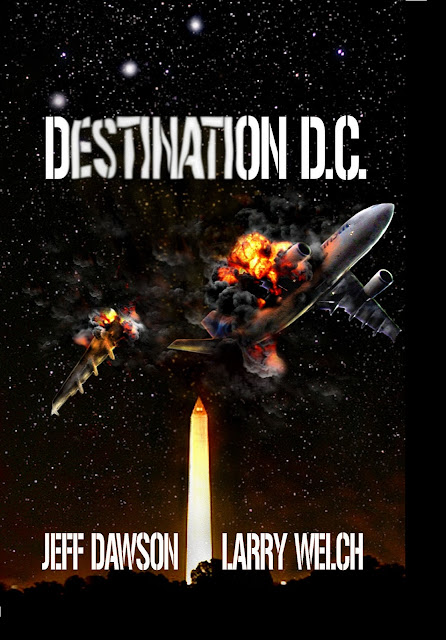 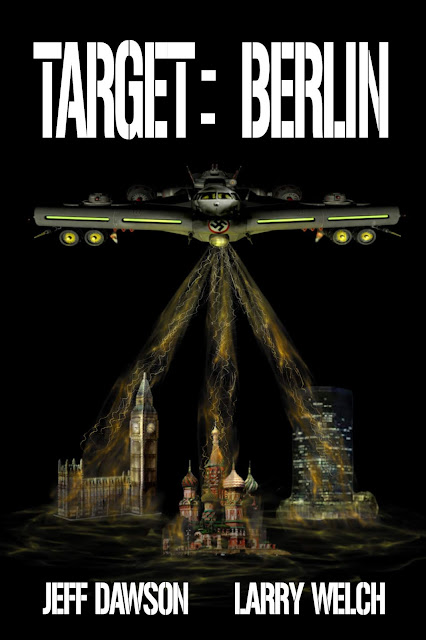 Get your copy today! Rise of the Fourth Reich