It's time for a sample chapter from the upcoming work, "Target Berlin"  Book three in the Gateway series. 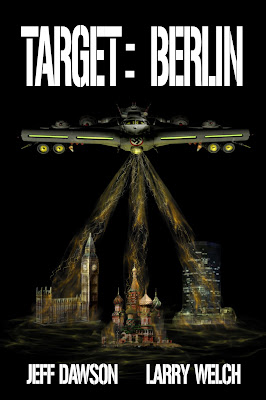 “Professor, report.”
“It works. The test produced satisfactory results. The weapon system carved out a perfect circle for two kilometers with no residue or debris. The engines were brought up to eighty percent with excellent results. We did detect some minor turbulence in the convertor cycle. The plutonium and uranium reactors showed no signs of instability. The amount of heat the plutonium generated was higher than anticipated, but with modifications I will bring all systems to one hundred percent.”
“How long will that take?”
“Two weeks, maximum. We understand most of the properties from the salvaged ship, but are still uncovering its mysterious. I do not want to damage any of the material.”
“Understood. When will it be ready for a test flight?”
“We can perform a test flight at any time, but I would feel more comfortable if both reactors are able to operate at maximum efficiency.”
“A wise choice, professor. Let me know when you’re ready.”
“Jawohl, Mein Führer!”

“Prime Minister, the members of Parliament are awaiting your comments. You can delay no longer. I understand the gravity of the situation with our staunch U.S. partners, but we too have uncovered our own enemies. I’m glad Winston isn’t alive to see what he warned us would happen if we lost our way.”
“Minister, I too am pleased he’s dead. His words were true, but the country, though victorious, paid a terrible price with the victory. While other countries prospered and became gloated with the fruits of the victor, we fell deeper into economic ruin. We sold off or lost the majority of our overseas holdings. We became less than a stepchild at the table begging for scraps. Our proud nation was thrown to the cold and told to fend for ourselves. If we wouldn’t have thwarted the Luftwaffe in 1940, D-Day or any other combined allied offensive would have never appeared on the planning table. That aside, as the Labor Party did in 1945, it is now our time to clean house. I will address the House this afternoon. Make sure the Yard and Bobbi’s have been placed on notice. We don’t want any weasels sneaking off during the address.”
“Yes, Prime Minister, I’ll see to it.”

Professor Helmut Goebbels II watched over the crew as they extracted another piece of metal from the ship. Despite his best efforts he was never able to ascertain the origin of the foreign material. It was impervious to every test he conducted: heat, cold, explosives and lasers could not penetrate the molecular structure. What they did discover, despite its dense properties, it was the most malleable material he’d encountered. It was easily manipulated and fabricated. When welded, it only required a light touch from the technician. He was fascinated how it could adapt to the desired shape, yet when handled incorrectly it took on characteristics of intelligence by lashing out and injuring or killing the workers. He no longer cared what universe or planet the machine came from, his only concern was using its technology to build the most devastating weapon on Earth, and that, he’d achieved. The piece was successfully removed from the host.
“Take it to the plutonium reactor. We need to increase the shield depth.”
“Jawohl, Herr Professor.”
He watched the crew ascend into his masterpiece. His leader wanted a machine unlike any other. He wanted a power which would bring the world to its knees to finish the plans their forefathers started so many decades ago. Thor was the answer. The ship was three times the size of its forerunner, the GO-229. What a shame it didn’t come on line earlier. The RAF and Eight Air Force would have been cleansed from the skies, sparing many cities from all but total annihilation during the air campaigns of the 1940’s. The thought sickened him. His teachers drilled into his head the consequences of failure with the pictures and film of the Hamburg Firestorm and the desolate moonscape of Cologne. His anger boiled. Yes, they could have stopped the Americans and British, but what about the Russians? Their air force proved futile during the Red advance over his beloved Fatherland. The mass rapes and senseless killings of his countrymen fueled his fire. Striking Moscow first would be a fitting retribution. His thoughts of revenge were rudely interrupted from his comm. headset
“Professor, we have a problem with the fitting. Could you please join us?”
“Yes, I’ll be right there.” He smiled as he walked into his creation, thinking of the retributions to befall their enemies.

Make sure you're prepared for the continuing adventures of Larry Jr. Judith, Muki and Abdul by reading the first two! 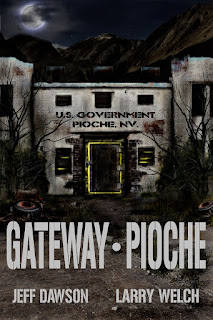 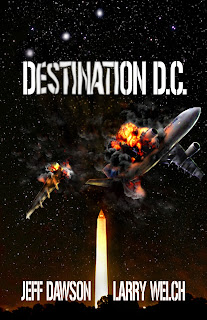