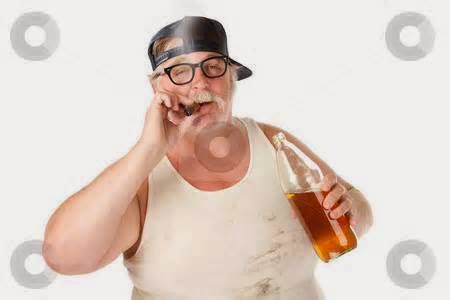 It was a dark, black, bleak, cloudy stormy night. A night where even the bravest of creatures stayed burrowed in their cavernous hide-outs. The cable was out and the dish had been dished. It mattered not for the battery had sucked the last juices from the cylinders of Copper-toned energy. I struggled to flip light switch on, but this too, is an effort in futility. The hard six, lying under more than my fair share of beers blocked my herculean move. Not giving into misfortune and a bit think in the waist, I reached for the candle and lighter. This venture was much more successful, as no cross body action was required. One problem. I forgot to get off my once toned butt and buy a new one. Tomorrow I’ll rectify the problem and order an electric chair. And you thought I was going to go to the gym. It wasn’t that long ago I rivaled Adonis or Zeus, that is if you don’t add ten behind decades.
My ex-wife taught me how to count. It was a quick lesson. “Honey, how old am I and have I gained any weight?” Being a scholarly one I replied with great sincerity, “Well you’re not as old as my twenty year old Ranger, which sags a bit due to worn out shocks and when it comes to weight, if you’re asking are you lighter than a feather or larger than a small boulder, weighing approximately two tons, I say you are right in the middle.” I thought it was a reasonable answer until I received divorce papers the next day. Was it something I said or do I need to bone-up on my apparently, failing math skills? I’ll ponder that one, since there won’t be any more conjugal boning and Rosie went on strike years ago.
Regardless of the current predicament, I still have the old reliable VCR with hundreds of unviewed girly flicks just waiting to be devoured. Wait, there’s no power. Well, hell. Guess they’ll have to wait. Ah, but not is lost. My collection of Playboys is less than an arm’s length away. Well, double hell. There’s no power. A bright white flash of lightning lit up the room, revealing a sight unfit for man or beast. The maid went on strike six months ago, or maybe it was the bounced check. Does it really matter? The scariest part was seeing my reflection in the ceiling mirror. Despite being the poster boy for Viagra, Cialis and Rogaine, dressed in what appeared to be a brown t-shirt and shorts, I know at one time they were white, or where they, I struck quite the lady’s man pose. A true Greek god, minus clothes, hair and s rotund exterior; it was a smashing sight! Yes, I do say so myself.
So, Dr. Neal Warren, please tell me why I’m still single.

Confused, yet still sexy—and I KNOW it!
Posted by Jeff at 3:41 PM