It's Veterans Day here is the states. A day that was suppose to end to Wars of All Wars. Yes, for those that don't remember of know, this was the day the Armistice was signed to end World War I. My grand father served as a nurse in a hospital during this terrible war. Never had the entire world been embroiled in what would be called "Total War." I never understood what parents and grand mother kept saying about my grandfather. Even in my dad's waning years, he would occasionally talk about how the war changed his dad. He wasn't the same man who went to the field of France to stem the tide of the German onslaught.

Grand Dad Dawson never talked about the war, ever. How did the war affect him. After years of listening the story, I remember sitting with my dad on the porch talking about his dad. Ralph Sr. as a, for a better term, vagabond. He could never sit still. He was always on the move. When he came back from the war, he went into the restaurant business and never stopped. He started many successful ventures and then sold them off. He never allowed them to blossom into his utmost dream of success. His crowing achievement came in Oklahoma. He had three of of the best hamburger stores in Tulsa. Dad really thought his dad was on his way until he came home one day and notified the family he was selling out and moving. Dad was very distraught. But in retrospect, perhaps his dads unwillingness to settle down was a result in seeing how fragile and precious life was. How many thousands of boys and men did he tend to in the wards, never able to completely heal their wounds, both mental and physical? How many screams and cries echoed through his memories? How much death did he witness? We would never be able to answer those questions.

I remember his for his love of fishing and showing his grandson that art. I don't know how many trips he took me through the years, I just remember, I always looked forward to it. Unlike my own father, his dad and I could spent an entire on the banks or in docks drowning a worm or a minnow or perhaps that wonderful "stink bait" in search of the elusive "big one." Those are fond memories I shall never let go. It was a time of passing the torch and listening to his silent thoughts.

I remember receiving the phone call back in 1971 that grand dad had passed, peacefully. He laid down to nap before his favorite show came on, "Gun smoke." He never caught the last episode. I was very saddened as I got on my back and rode to tell mom and dad the news.

For years, I missed my fishing buddy, but as time passed, I only hoped that Grand dad Dawson was finally able to let his restless soul find peace and the horrors and cries of young men dieing were eased. 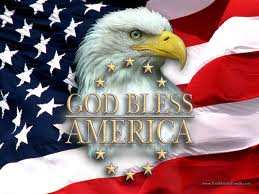