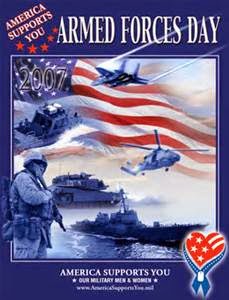 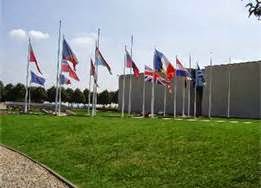 Starting this Friday at 10:00am, Robert Lamon and I will be hosting a book signing at the massive Tent Sale at Carswell Joint Naval Air Station in Fort Worth, Texas.

Robert will have his excellent book, The Last Dead Hero available. This an excellent fictional account of his experiences in Vietnam. The core of the story surround how it affected him when he returned to a country that wouldn't or couldn't understand the mental anguish many of the returning soldiers suffered.

I will have, Love's True Second Chance, Occupation, Life's Spectrum, Why did Everything Happen, Gateway: Pioche, Destination D.C., Irving Titans and Angelic Answers. I will also have the posters and T-Shirts from Occupation for sale. All products will be discounted a minimum of 10% from list prices on Create Space and Amazon.

Hope to see you there.
Posted by Jeff at 8:13 AM No comments:

It has been a great day in baseball today. The Rangers pulled out a much needed, exciting split with the Rays today. Gotta love a game that goes down to the wire with the outcome uncertain. Good to see Feliz get a save but his control is still suspect.
Watching the Tigers/Royals game and am not disappointed. Each of these adversaries is showing why they belong at the top and will fight to game 162 for dominance in the AL Central. Neither is giving a quarter and are playing like it's already September. I know each team will hit a drought in a month or two. It's the nature of the beast. But once they've hit that bump and persevered, it will be a race to the finish.
Now for the complaints. I said it at the beginning of the season and I'll say it again, ESPN, take that damn K-Zone down. It's adding nothing to the game other than adding unwanted clutter. I don't know and personally don't care, who at the Mothership thought it was good idea. For me, IT"S NOT! Take it down so we can watch the game.
Second. What in the world is all this kid stuff when the announcers talk to each other? What I'm talking about is Kruky, Knoxy, Kenny, Benny, Johnny, Schilly etc. Is there something wrong with calling them by their real name? Maybe it's too taxing or they think it's cute. Maybe when we were in elementary or junior high, but not at the MLB professional level. If somebody called me Jeffy or Jeffrey, barring my parents, I'd ask them what they were smoking. The name's Jeff. Got it? Jeff. If that's too difficult to pronounce then do me a favor, don't say anything. .
Okay, rant over.Back to the game.
If I get a notion, I just might do a video for this one.
Posted by Jeff at 8:57 PM No comments:

In honor of one of the greatest men to ever play the game of baseball.

It wasn’t long ago,
I was a normal Italian
kid in the burrow. Stick ball
was the game of the day.
How times have changed.

The sound of the crowd,
The crack of the bat,
The cheers from the mates.
They call me “The Iron Man.”

My fingers tingle with the
touch of metal. My voice is
unsteady and hoarse, yet I
must come to bat one final time.
One more pitch, one more swing.
“I consider myself the luckiest man
in the world.”

The cheers and cries become muffled as
the dirt covers my eternal tomb.
A smile creeps across my cold lips
and deaf ears.

Lou's farewell address.
Posted by Jeff at 2:59 PM No comments: