Been way too long since I posted a review.


St. Bart, Maine is the setting for this sordid tale-in the dead of winter.

This tale is not for the weak of heart, male or female. It’s a tale of female white slavery, prostitution, drugs and abuse. And in places, it’s graphic to the point you will cringe.

The heroine of the story is Britt Callahan. She is pushing to be a private investigator with her love interest, Griff Cole. Griff has a friend, John Stark. He’s had a rough three years. Lost his wife to cancer and his daughter to teenage impulses. She was so mad when her mom died, she blamed John and left home. He hadn’t heard a word until he received a postcard providing a slight clue to where his daughter might be. He enlists Griff and Brit to help him follow up the lead. The place in question is a farm run by a man named Bennett. It’s know as the Oracles of the Kingdom. Word on the street, it’s some type of religious cult operation.

Britt offers to go undercover. This is not received well by Griff or John, but they know it’s the only way to have a small chance of finding Kira.

What she falls into is anything but a religious cult. It’s a clearing house for a prostitution ring that goes all the way into Canada.

The pace for the first half is extremely fast. In fact, I found it too fast at times which didn’t allow many of the scenes to fully develop. Britt, thirty-three is a bit of rascal and thinks she knows what’s best for everyone. This is not the case. She’s working undercover but is asking way, and I mean, way too many questions to not have the other women questioning her motives.

The second half of the stories pace almost comes to a halt as all the pieces start falling into place. I would have enjoyed it more if the pace was a little more consistent.

Now for the bad guys, and there is a host of them: Bennet, Sheriff Stebbins, Rose, Ruth, Clive, Lucas, Miles and a host of others. You want to see these men rot in hell. Civilized justice is too good for them. A bullet to the head is too good. A slow painful death would be too good. The perfect sentence would be what the warden in “Shawshank Redemption” said to Tim Robbins, “ I’ll throw you to the sodomites.” That would be justice.

It’s a quick read, but as I said at the beginning, it is brutal tale.

Durable Goods
Posted by Jeff at 11:06 AM No comments:

Terror at the Sterling

Here is a reading performed by the folks at Logline. Think they did a pretty good job! Terror at the Sterling Chapter One 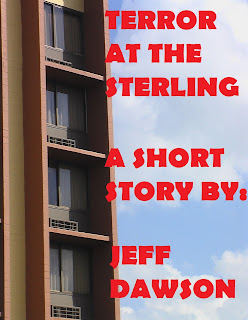 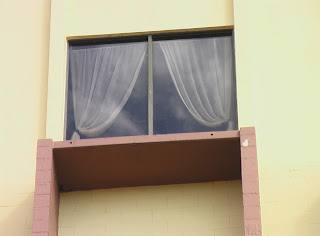