A sad day but a great day. The regular season will come to an end but the playoffs are heating up. Will there be a two way tie at the end of the day between the Dodgers/Rockies and Cubs/Brewers? That would give us two extra games to determine the winners. This is why they play 162 games a year. Can the A's knock off the might Yankees in the Bronx? This, I would like to see. Oakland has had a fantastic season. But the best part, the Rangers will end this pathetic year thirty games out and we will no longer have to suffer the commentary of Tom Grieve, C.J. Nit-wit-kowski and Dave Raymond. These three have to be the worse announcers in years. The rambling has become intolerable, but with John Daniels running the show, this is what he wants-stooges in the booth.
Posted by Jeff at 2:22 PM 1 comment:

New poetry book is only weeks away from being released! 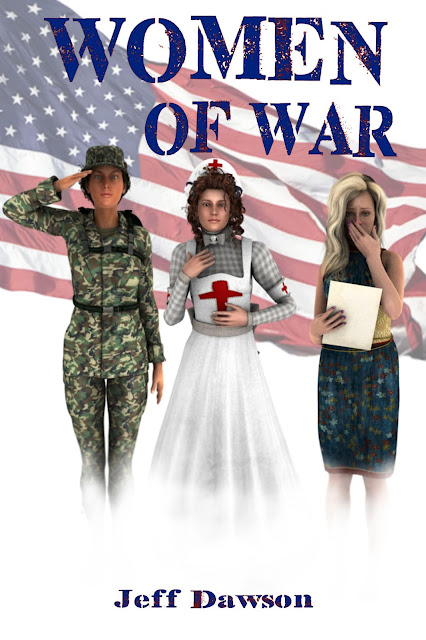 The first work of poetry dedicated solely to those women who served, cared for the wounded or waited for their loved one to return home.

The idea came from the scene in "We Soldiers Once," where Lieutenant Colonel Moore's wife is delivering the Western Union telegrams. How could one not be moved watching the reaction of the wives as they were notified their man wouldn't be coming home.

I hope I've done them the justice they deserve.
Posted by Jeff at 7:20 PM No comments: