Pirates versus Cubs. What was Craig thinking?

If you missed it, here's the full episode Dawson's Domain

I cover it all! State of the Texas Rangers.

Current standings. Who's on the bubble and who's season is over.

Two Memorial Day poems: CV-10 and Salute. I will admit, I teared up reading the last one.

And lastly, the State of Israel and the waning support from the United States.

COVID 19 update 33,238,442 total cases, 594,188 deaths. There are no new cases or deaths reported from las week. How can that be? I don’t want to hear about it being a Federal Holiday. Why? Because they didn’t have a problem reporting the numbers this time last year. 73,933 new cases and 3,042 deaths. We’ll see what they report next week.

No point in doing any analysis since the information provided this week is incomplete. Guess they all went to sleep this week. 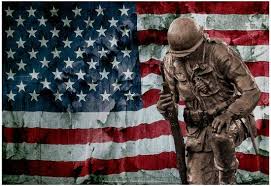 The streets are lined, again.

The crowd bustles about.

A few stores are open for patrons.

Children pull at their parents pants,

He takes it all in with grim determination

The past enough far behind.

The assembly area is full of activity,

Organizers scurry about with a purpose,

For some it it there first,

For him, it is a lifetime of honor.

Some stand by the curb for a good view,

Others are hoisted to shoulders,

Some sit on lawn chairs wondering why they came.

His eyes never waver from the street.

A gunshot is heard,

It marks the beginning of festivities.

The shot makes him shudder.

He thinks back of youth lost,

He remembers the deep snow,

The smell of cordite.

He forces a tear back.

A cadence booms far away,

"Is it the sound of gunfire,

or is it a lost memory?"

His eyes strain to see the coming spectacle.

One by one, the lead cars slowly pass by.

He politely waves with acknowledging eyes.

The children jostle for the bits of candy tossed.

Moms and dads tousle with the little ones.

He pays them no mind,

for they are only children.

What do they know of the cost?

His hands gently move over his brass buttons,

making sure no wrinkles show.

His medals, all highly polished,

The Eagle shines brightly from his cover,

Again, he fights a tear.

He knows why he came,

He knows the pain and the cost,

He held men in pain,

He saw lives extinguished in a blink,

He fights back the memories,

the sounds of battle.

The memories are a heavy weight.

He smiles at a small toddler,

who accidentally bumps into a wheel;

He places a kind smile to the tot.

The child retreats to his parents.

There. There they are.

The sight of the banners fill him with pride.

He knows what it still stands for.

He knows the price of letting it blow.

The closer they approach,

the past creeps in with each perfect step.

"Was it only yesterday Joe fell, or was it Billy?"

It matters not, for many followed them at,

He remember the letters to parents of those who fell,

He wears the pains of many with the medals.

They performed when called,

The memories almost overwhelm him with pride and grief,

A weathered hand gently pats on his right.

The voice is strong, yet comforting.

They are closer now.

He pushes the locks on the chair,

braces his hands and prepares to rise,

to pay tribute for those before and to come.

A small tear slides down the weathered face

A young voice is barely audible,

as the banner becomes brighter and closer.

"Look mommy, that man is crying. Why?'

Her face turns a light scarlet.

They are ten meters and closing,

He summons the strength to stand.

He struggles to rise,

He must rise, he must pay tribute.

They are all his brothers.

He can no longer raise a rifle for safety,

He can only stand in honor for those fallen.

His strength fails when he needs it most,

He curses softly as his body fails!

They are only five meters away.

He must rise and stand!

Without a word, they lift him up,

ever standing vigil for balance.

He looks neither left or right,

but straight into the past.

The colors of the Armed Forces are now two meters away.

He straightens a crooked back,

and with the forgotten strength of youth,

raises his right hand and salutes the colors.

The young men return the salute,

The crowd stares in awed silence,

for the commander has stopped the parade.

They stand as straight as a pillar,

neither looking left or right.

The commander barks an order.

The men take one step forward,

and lower the colors.

They stand one meter from the old soldier.

The parade has stopped.

the cause is unknown.

then they see it.

It wasn't in the program,

but they feel the electricity in the air.

Is it electricity of something more?

The commander barks another order.

The group return a solid salute.

They salute the man and what he wears,

A small blue ribbon attached to a five point medal.

The young commander approaches his brother.

The street is hushed in silence as the words flow.

"Thank you, from a very grateful nation, General."

He fights back the tears and the memories.

He fights for balance, yet the strong hands assist.

"No" comes a chocked response.

"Thank you for remembering us."

The emotions of fallen comrades erupt as he weeps.

never wavering with his salute.

For an instant life has become an eternity,

The crowd faces the men,

and without any prompting or fanfare,

apply and return the salute to the men.

The General slowly (with help),

slides back into the chair.

The squad returns to the street,

each deep in thought as their tears also fall.

Without a word, they proceed forward.

The parade resumes, but with a new force,

A force of arms, a force of purpose,

A force displaying pride and freedom.

"Martha, till next year?"