Train engineer, Gunther Brown spent his hours recalling his grandfather’s stories how Germany should have won the war. He spent his free time poring over the failed tactics Hitler forced his generals to follow. He knew where the mistakes occurred and how, if given the chance, he could change the course of history. Instead of the brave soldiers of the Wehrmacht shivering and dying in the snow covered landscape around Moscow, with his intuition and tactics, they would spend the winter of 1941in warm beds in the confines of the Kremlin.

His obsessions would thrust him back to October 2nd, 1941 where he would join his comrades on their final attack on Moscow. For Gunther, it would be his final delivery of glory or death.

Click on the link and join Gunther in his quest: FINAL DELIVERY 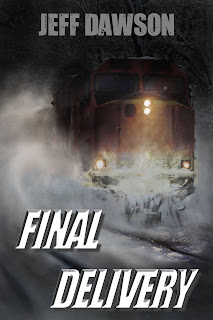